Illinois 9th District Congresswoman Jan Schakowsky voted against the debt deal yesterday. In a rare case of us agreeing with the congresswoman’s vote however, we are displeased to hear a press release from her office stopped at nothing short of accusing tea party congressmen of being radical hostage takers, with the intent of destroying Medicare, Medicaid, and Social Security etc. 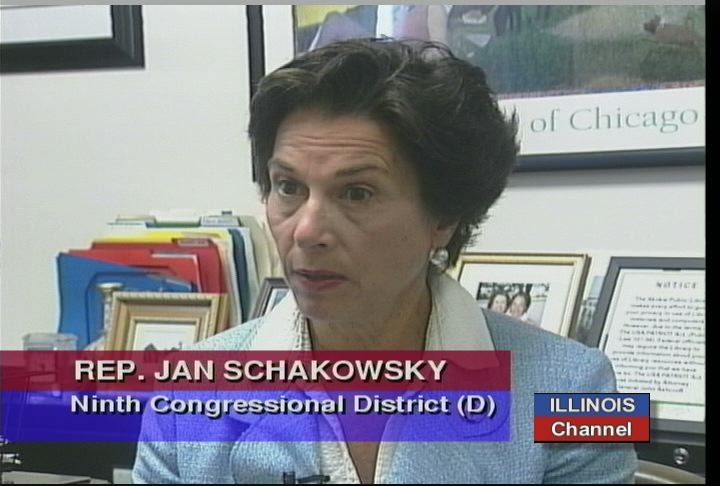 “For weeks Republicans in Congress, led by radical Tea Party members, have held hostage the full faith and credit of the United States, refusing to pay America’s bills until they could force huge spending cuts.

“Their mission has been to eviscerate everything from Medicare, Medicaid, and Social Security to the Clean Water and Clean Air Acts. Republicans intentionally created a crisis in order to get their way.

In an MSNBC interview last night with Chris Hayes on the Rachel Maddow Show, Schakowsky also confirmed her high moral standards, by declaring she would have had no trouble voting against her constituents; and voted differently if the deciding vote came down to hers. Chris Hayes also shows his excellence in unbiased journalism by exclaiming, “God bless Evanston, IL,” in response to Schakowsky’s claims that phone calls in her district were 20-1 in opposition to the plan.